What Is File Storage? And Block, Cloud, and Object Storage?

File storage — also referred to as file-level or file-based storage — is a method for organizing and storing data. A file can be stored on file storage devices such as a hard drive, solid-state drive, mobile devices, network server, network-attached storage (NAS), or in the cloud. 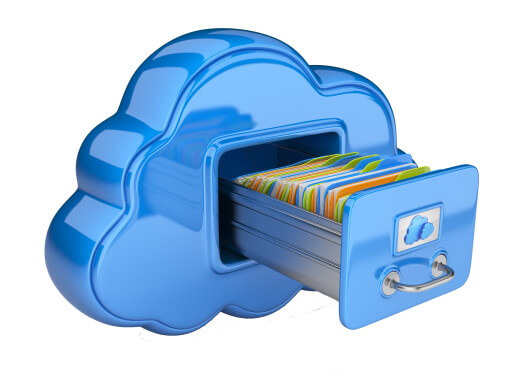 Simply put, a file contains data. For example, a Microsoft Word document is a file that can contain text, images, tables, shapes, and charts. When you select the file, it opens in Microsoft Word. It typically has the .doc or .docx extension in the file name as in file-name.docx. Windows and macOS systems have a default setting that automatically opens all .doc and .docx files in Microsoft Word.

Files are stored in folders and sub-folders using a hierarchical structure. A hierarchy organizes files where the top folder is the largest unit.

A new computer may have the following folders:

Users tend to store Word documents in the Documents folder. That’s the top-most layer for documents. However, there’s another level higher up than these four folders. It’s called the “root.”

“Work” and “Personal” are sub-folders. If the Work folders are on a Windows or Apple computer, you’ll find them in the following locations on the computer’s hard drive:

Folders are separated by the slash. Notice the hierarchy moves from left to right. C:\ is the root followed by Documents. This is the top-level folder that contains Work as the sub-folder. This organizes the files to make it easier to find them on file storage devices. However, finding files can grow more complex as users create and store more and more files.

What’s the Difference Between File Storage and Block Storage?

Large businesses use block storage because it’s more efficient and has higher performance than file storage. Plus, block storage handles performance-heavy applications like databases and transactions better. Unlike file storage, block storage files don’t follow a directory hierarchy or folder structure. The blocks can be stored anywhere on the server. When a user accesses a file, the server’s operating system pulls the blocks together in a file. This sounds tedious, but this process takes less time than navigating hierarchies with file storage.

Many services and organizations are moving to the cloud for the benefits of shared storage. Before servers and the cloud came along, employees stored files on their individual computers. If a team needs to access a file created by an employee, they’d need to request it from the employee. The employee would save the file on a media like a USB drive or email the file.

This approach is time-consuming. That’s why more companies have moved away from file-based storage. Now, they’re moving toward cloud-based file storage, also referred to as file storage hosting. This allows employees to share files without using media or email. They can share and access the files.

Instead of storing them locally, the files live elsewhere in data centers. It is these data centers that comprise the cloud. Users access the data over the Internet. A file saved on a local hard drive is located at c:\documents. A file in the cloud is found at https://www.private-company-url.com/document/unique-file-link.

If it’s easier to access and share files through cloud-based file storage, then what is the disadvantage of using it? Some people are not comfortable with storing data in the cloud. There have been security breaches leaking data. It’s possible for servers to lose critical data or for data files to become corrupted.

Yes, data on a file storage device like a local hard drive can also be lost, corrupted, or stolen. But an individual’s computer or device is less likely to be targeted by hackers than a large company that stores data for millions of individuals.

Systems store files in different ways. These include the simple file-based storage to the more complex and efficient block-level storage and cloud-based file storage. Each option has advantages and disadvantages. The right one depends on the individual’s or organization’s needs.

What’s the Difference Between File Storage and Object Storage?

With object storage, also known as object-based storage, data is broken into units named objects. They’re kept in a single repository as bundled data rather than as folders or blocks on servers. To find the data, the storage operating system relies on unique IDs (identifiers) and metadata in objects.

Because it does not rely on file systems or hierarchies, object storage can be implemented at the system, interface, and device level. It’s effective for managing huge amounts of unstructured data.

Its advantages are scalability, enhanced data analytics, faster data retrieval, optimized resources without the burden of a hierarchy, and lower costs. It works well with public cloud servers. The disadvantages are that objects cannot be modified and writing objects is slow making it prohibitive in using it with traditional databases.